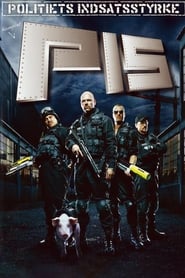 P.I.S. - Politiets indsatsstyrke Download - P.I.S. - Politiets indsatsstyrke is a Danish, satirical mockumentary from 2001. The show was originally broadcast on TV2 Zulu. P.I.S. pretends to be a TV-documentary about Politiets IndsatsStyrke - a caricature of the real-world Politiets Aktionsstyrke, the Danish equivalent of a SWAT team. The film crew accompanies the unit, especially officer John Schmidt, both at work and in private. Initially the unit is pictured very convincingly as an actual police unit but as the show progress, the unit’s missions, attitudes and actions become more and more absurd, until it is obvious that it is a satirical mockumentary. When the first episodes were shown, many viewers thought it was an actual documentary. The abbreviation P.I.S. means, in Danish, piss, which should be a dead give-away about the nature of the show. The style of the show, however, convinced many people that it was in fact a documentary, and that the abbreviation was just an unfortunate, but real, occurrence. Other Danish police and army institutions sound peculiar in Danish, when abbreviated, such as the Danish Defence Intelligence Service sounding like the Danish word for fairy, or the police equivalent, hence P.I.S. wasn't too far off.